I Call BS On The ‘Mommy Wars’! 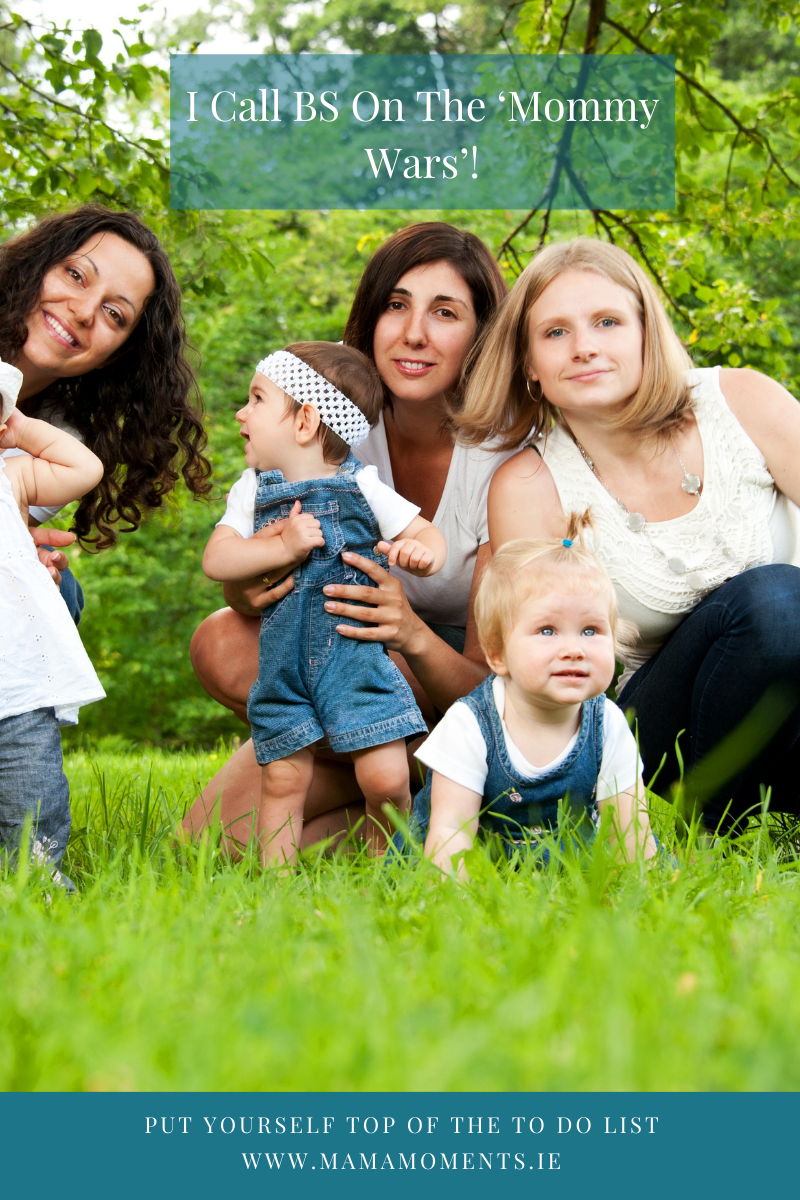 We may decide to change our working hours, work from home, quit work altogether or set up our own business. Empowering ourselves to maintain some equilibrium between our working lives and homelife. Whatever the answer to this question of working or not is, it is an intensely personal decision. And yet, when this power play comes into effect, we are told there is a war afoot.

The Myth of the Motherhood War

A cultural myth which says mothers are battling against each other to prove working or not working is the better option is engrained in our minds as we look to making this kind of decision. We listen to the pros and cons of each, with a strong but small cohort, being dismissive and derisive of the other. As though there is only one correct decision. As though this is a permanent solution in maintaining a family dynamic which we can’t diverge from.

This polarization on views between working and non-working mothers has long been a topic of conversation which we feel we have to take sides in and fight against or for. We have all seen it. It is played out in our playgrounds, in the shopping aisles, and in every polite conversation we may have in real life and on online. All of this plays into that old adage of Mommy Guilt which we try to step away from every single day. Effectively, we’re damned if we do and damned if we don’t.

We are conflicted if we work outside the home, guilty if we don’t and vice versa. The intense friction between these groups advocating for whichever they feel is best to support our children, our family, and to maintain financial security, is not necessary and can really be seen as a way to justify one of the most difficult decision we can make. It’s embedded in us to take a side but not because we genuinely believe we need to, but because we are encouraged to.

Personally, I don’t believe in the so-called Mommy Wars. I feel it is something which has been created by the media to get clicks, sell papers, sell magazines and is in fact a by-product of the patriarchal society we live in. How many times have you clicked on an article dissecting the debate of whether we should work or stay home, articles powering through the pros and cons of each when really we all work off an incredibly unique dynamic within our own homes which can’t be equated by a generalised pros and cons list. How many articles have you browsed through comparing both in a meaningless, divisive manner? And how often are we subjected to the battlefield in our media feeds when inside we applaud every working mother we know, every stay-at-home mother we know and every mother we see promoting her own business.

We are sold this idea that there is a right and wrong way to parent, to work, to live, which comes from a heavily patriarchal society. We are told raising children does not mix with working, that we become disconnected from our job and overwhelmed by our responsibility as a parent. Mothers are still disproportionately responsible for managing the school calendar, the children’s appointments, and the mental load which comes with being a primary carer, whether we work or not. The patriarchy discounts our ability to multi-task, to be independent, fearless, and adaptable. But because the patriarchy shouts louder, climbs higher, and takes over, we hear these voices telling us to battle each other and prove ourselves.

The Reality of the Argument

The reality of this argument over working versus non-working mothers comes from being in the wrong situation which is not supportive of us in the slightest. It is the patriarchy telling us what we can and can’t do. So, we battle and argue in an effort to justify our decisions. This accentuates the burden of guilt encouraging us to fight over what is the better choice, but there is no “better” option. Remember, there is no war. It’s what works for you.

But all of this brings a feeling as though we’re not living the way we want to, which means we’re probably not parenting the way we want to, as though we are constantly not in the right place, spread thin and pulled in every direction. The guilt then tells us we’re failing at work and failing at home. On top of that we’re exhausted the whole time, stressed, and heading for burn out. Oh dear, it looks like we’ve made the wrong decision! But we haven’t.

Regardless of what that decision is, we will need support in managing the route which we know ultimately will work best for us. This is, after all, a personal and familial decision which is not made on a whim. It can, however, be a decision which is often made because of a structured, patriarchal system which in many ways can encourage a mother out of the workforce if she listens to the argument out of turn and is not supported in her working environment.

In some ways, the guilt which boosts the Mommy Wars, is transported after we make a decision about our working life when their seemed to be no other choice. It may have come from being unable to find an alternative working arrangement because, remember, the working system is not designed to support mothers. Women start pulling away from the workforce, cutting hours but doing the same job for less money, quitting work altogether, and feeling that abject notion of failure succumbing to one side of the argument. This unintentional choice plays into the idea of the warpath in whether we should or shouldn’t work.

So we may see this idea of mothers donning the warpaint and fighting over a deeply personal decision which may have been taken out of their hands. In reality, the system is broken, the patriarchy is unmovable, the narrative is skewed, and women are standing up for themselves. We are seeking new opportunities, searching for fulfilment outside of family life by setting up our own businesses, and finding our voice. We are creating new structures with our employers which can support our family life and working relationship. We are working from home and finding a flexibility which works for us. We are challenging the debate, standing up to the system, and finding workable solutions.

Breaking away from the structures which create a bias about how we work, pulling away from the system, and fulfilling our dreams is the conversation we need to continue. Not what is the better option, not fighting about who has it harder, and not questioning why we work or don’t in a cynical manner. Women empowering women, women supporting women, this is the trend to chase. 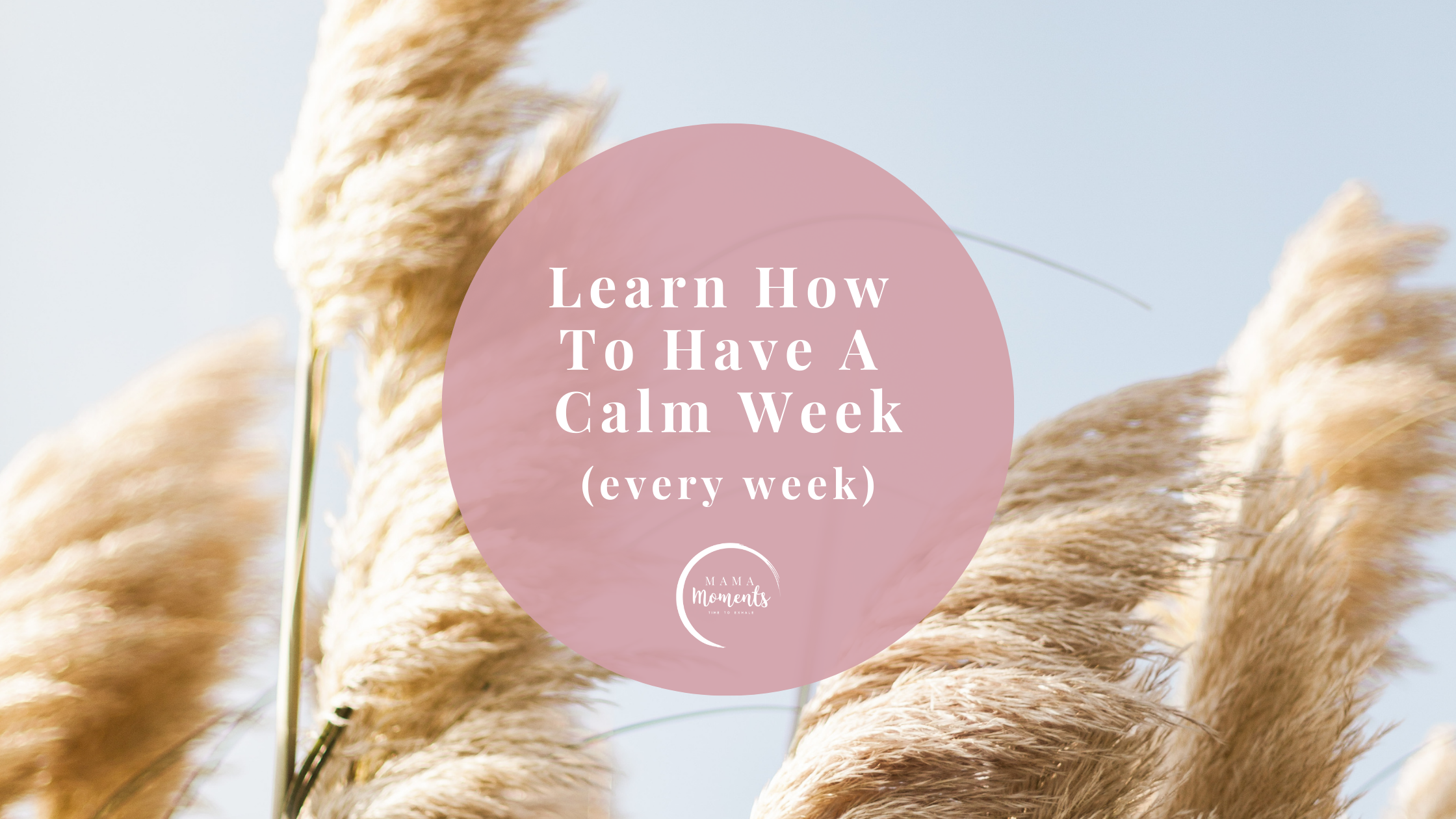